We welcomed 13 youngsters aged between 8 and 13 years for our 2013 Summer Workshop. This was a week long drama workshop where the youngsters were encouraged to explore ideas with their imaginations and to express themselves dramatically.

The kids had an absolute ball as they played drama games, including:

Improvising pirates landing on an island, finding treasure and digging themselves through the earth from England to Australia (playing kangaroos and koalas along the way!), then striking it rich by finding gold. 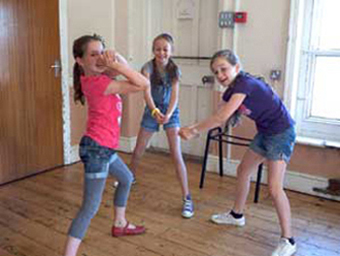 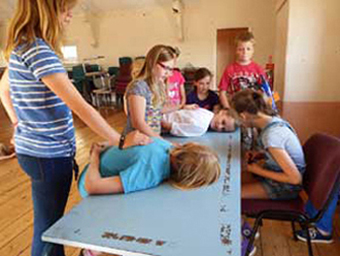 Being impressively creative during a one hour improvisation where two chaps who had started fighting were caught by the police, charged and taken to court, this proved a very exciting drama.

Rehearsing a professional script (Harry Rings, Lord of the Potters), and also devising their own World War 2 drama as children evacuated from London to Rotherfield.

Bringing out their creative talent during two mimed dramas to music: The first was of toys escaping from a toy shop, and then a full routine to “Jellicle Songs for Jellicle Cats”, from the musical “Cats”. 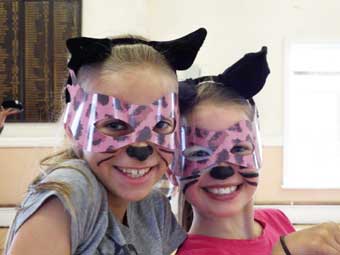 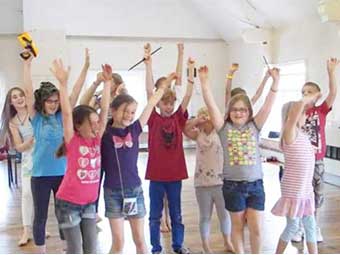 Animals escaping from the zoo, children storming Cadbury’s factory, mutant caterpillars invading a cabbage patch and astronauts landing on the wrong planet were just some of the “newspaper headline pictures” the children brought to life.

Finishing off the week by learning basic stage fighting techniques, including a specific routine.

These ideas were all borne from basic improvisations, brought to fruition by creative thought and physical movement. The kids worked as a team, creating their own form of drama – doing their thing!

Who said that drama was boring? Not us, we had a whale of a time!